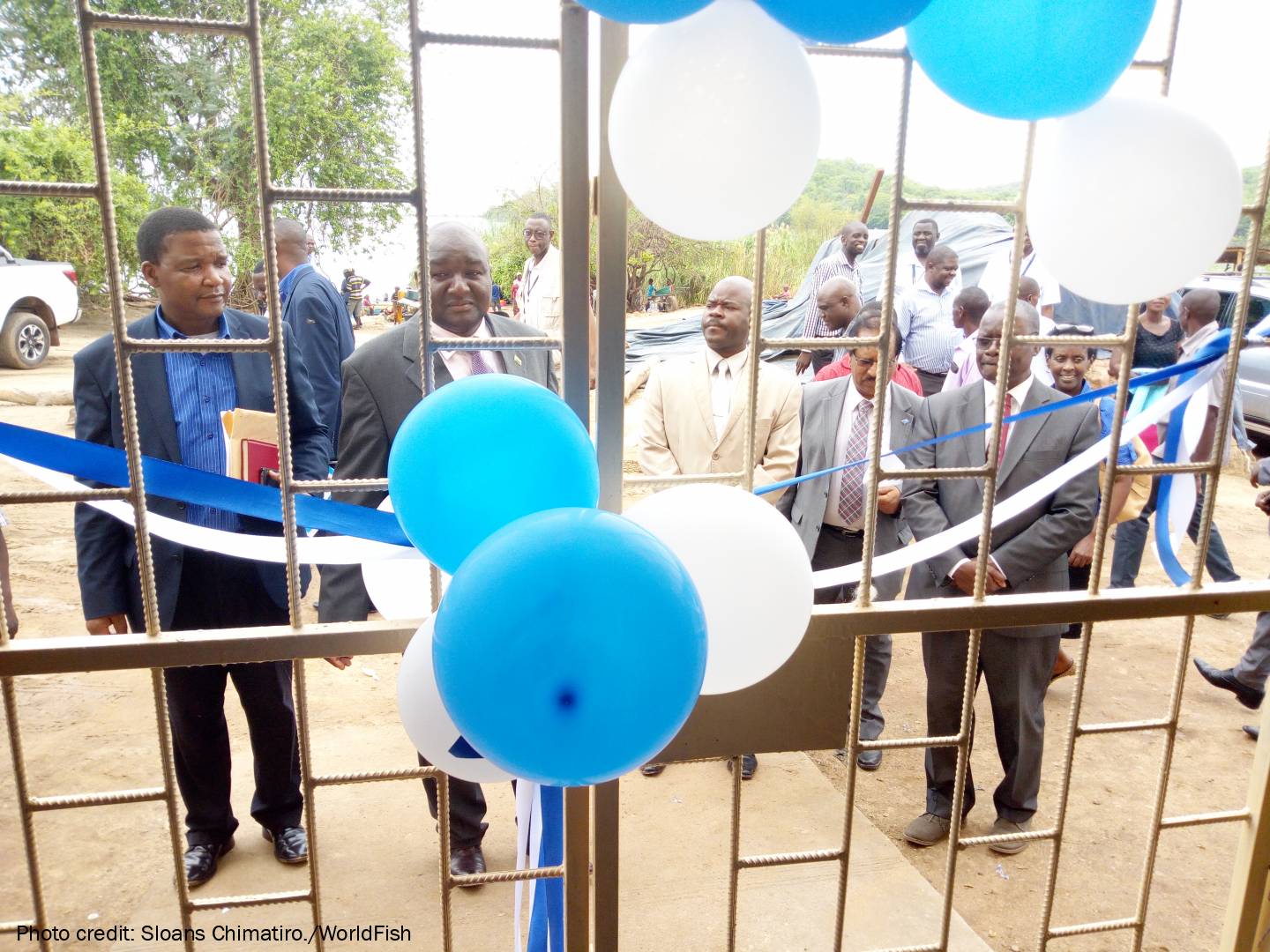 The socio-economic status of people living on the confluence of the mighty Luangwa and Zambezi rivers are largely dominated by fishing and fish trade. Luangwa Districts geographical location means it is a hot spot of business dealings for fishers and traders as it borders with Mozambique along the Luangwa River on the eastern side, and on the southern side borders with the Zambezi River dividing Zambia with Zimbabwe.  WorldFish research has revealed that an estimated total of 3,229 tons of fish crosses the border annually, generating an estimated total of US$23 million each year. Large amounts of salted fish have been traded through this border for decades, particularly to markets and consumers in the Democratic Republic of Congo. However, the trade of fish, even at these volumes, has not resulted in substantial benefits for the local people, for government revenue or towards development at the border.  One of the challenges identified by research was that the border landing site and the harbour had no shelter, forcing cross-border traders to keep their fish products in open space as they wait for transport.  In the wet season in particular, this led to high rates of waste and loss and as a result lost revenue for traders and fishers.

In order to address these challenges, multi-disciplinary research was used to design and leverage investment into a border fish warehouse and a certification scheme. As cross-border fish trade is high on the priorities of the Common Market for Eastern and Southern Africa (COMESA), the COMESA Secretariat appreciated WorldFish’s research and policy engagement efforts and requested the partnership to build and then launch the border warehouse as a COMESA Fish Inspection and Certification Facility; the first of its kind in the whole of COMESA region. COMESA, an economic block of 21 countries, installed equipment for testing the quality and safety of fish products crossing the border. COMESA intends to use use this border crossing as a model for application of the COMESA ‘Green Pass’ certification scheme for fish products more broadly. Certification will take place according to the regional harmonized fish standards that were developed and facilitated in processes led by WorldFish, and approved by the Southern Africa Development Community (SADC) in March 2017. The standards cover 11 products and areas, including fresh, frozen, farmed, salted and smoked fish, fish snacks, fish sausages, canned sardines and Good Aquaculture Practices for bream fish.


The push for improvements to cross-border fish trade in Zambia and other African countries is motivated by benefits seen in other regions, such as Europe, where trade across borders has been liberalized. The 2014 African Union Policy Framework & Reform Strategy for Fisheries & Aquaculture emphasized the role of fish in intra-regional trade. Furthermore, the 2014 Malabo African Union Heads of State Summit made a declaration (Malabo Declaration) to more than triple intra-regional agriculture commodity trade by 2025. However, key policy reforms will be required for fish trade liberalization to maximize its impact on regional integration and social and economic development in Africa. The research by WorldFish and partners identified and tested some of these policy reforms including: enhancing efficiency in domestic fish markets; strengthening capacity for knowledge on regional trade rules and regulations, especially for women traders; addressing hidden barriers, especially corruption, and simplifying policies and regulations by overlaying fish in the ‘One Stop Border Post’.  There has been a need to reflect on how commodity trade policies and regulations influence regional fish trade flows, within the framework of African Union’s regional economic communities.

Our research reinforces that policies are easier made than implemented. Therefore, policy reforms and tracking of implementation must be continually guided by research checking on the role of trade (and enhanced trade) in the livelihoods, food and nutrition security of low-income traders and consumers; and determining the economic and trade changes brought about by institutional innovations (e.g. harmonized regional fish standards).  Evaluation of the social and economic impacts (including those on waste and loss, food safety, trader well-being etc.) of this multi-pronged initiatives is scheduled for 2019. This research and the impacts of the FishTrade initiative have stimulated interest in a second phase of European Commission investment that provide the opportunity to examine and refine these medium term outcomes.

The fish warehouse in Luangwa is an initiative by the Fish Trade Program – a partnership among WorldFish, AU-IBAR and NEPAD Agency, funded by the European Commission (Agreement number DCI-FOOD/2012/309-438). This work was undertaken as part of the CGIAR Research Program on Fish Agri-Food Systems (FISH).

I am the Monitoring, Evaluation & Learning Coordinator for WorldFish Zambia. I have the overall responsibility of designing, implementing, and overseeing the monitoring and evaluation and learning (M&E&L) system for the Aquaculture Technical, Vocational, and Entrepreneurship Training for Improved Private Sector and Smallholder Skills project. I am also supporting other center projects including the Inclusive Business Models (IBEMs),  and the Gold Standards projects in Zambia and Malawi.

Senior Specialist with more than 20 years’ experience of research in fisheries and aquaculture administration, policy reform and project management at a senior government level, providing policy advice on fisheries and aquaculture to a number of Regional Economic Communities (RECs), including the Southern African Development Community (SADC), the Common Market for Eastern and Southern Africa (COMESA), African Union Commission and the New Partnership for Africa’s Development (NEPAD). Sloans is a founding member of the Aquaculture Network of Africa (ANAF). He is conversant with fish processing, quality assurance, aquaculture, blue economy as well as trade issues within the framework of regional integration and improving market access for African fish products. Nominated to present the Action Plan to the Heads of State and Governments during the Abuja Summit and was instrumental in formulating the 2005 NEPAD Fisheries and Aquaculture Action Plan. He played a key role in the formulation of the African Union’s Policy Framework and Reform Strategy. Presently he is contributing to the implementation of the PFRS through membership of the Governance Working Group and President of the Pan-African Policy Research Network. Until recently, he was WorldFish Program Manager for the FishTrade (a joint WorldFish, NEPAD and AU-IBAR project) and WorldFish Country Director (Zambia &Tanzania). Before joining WorldFish, he was Head of Fisheries at NEPAD responsible for (i) the development of the Pan-African Fisheries & Aquaculture Policy Framework & Reform Strategy; (ii) assisting African countries to design and implement fisheries policy and governance reforms; (iii) designing innovative investment strategies for small and medium enterprises in fisheries and aquaculture. He is former Director of Fisheries in Malawi.