Nutrition education and psychosocial factors have a positive influence on the degree to which infant and young child feeding (IYCF) practices are used. After the intervention, about 21% of the women provided children with diverse diets, and 20% of the women had incorporated OFSP in the diets of young children. These findings imply that there is a need for continued nutrition education of caregivers on proper IYCF. 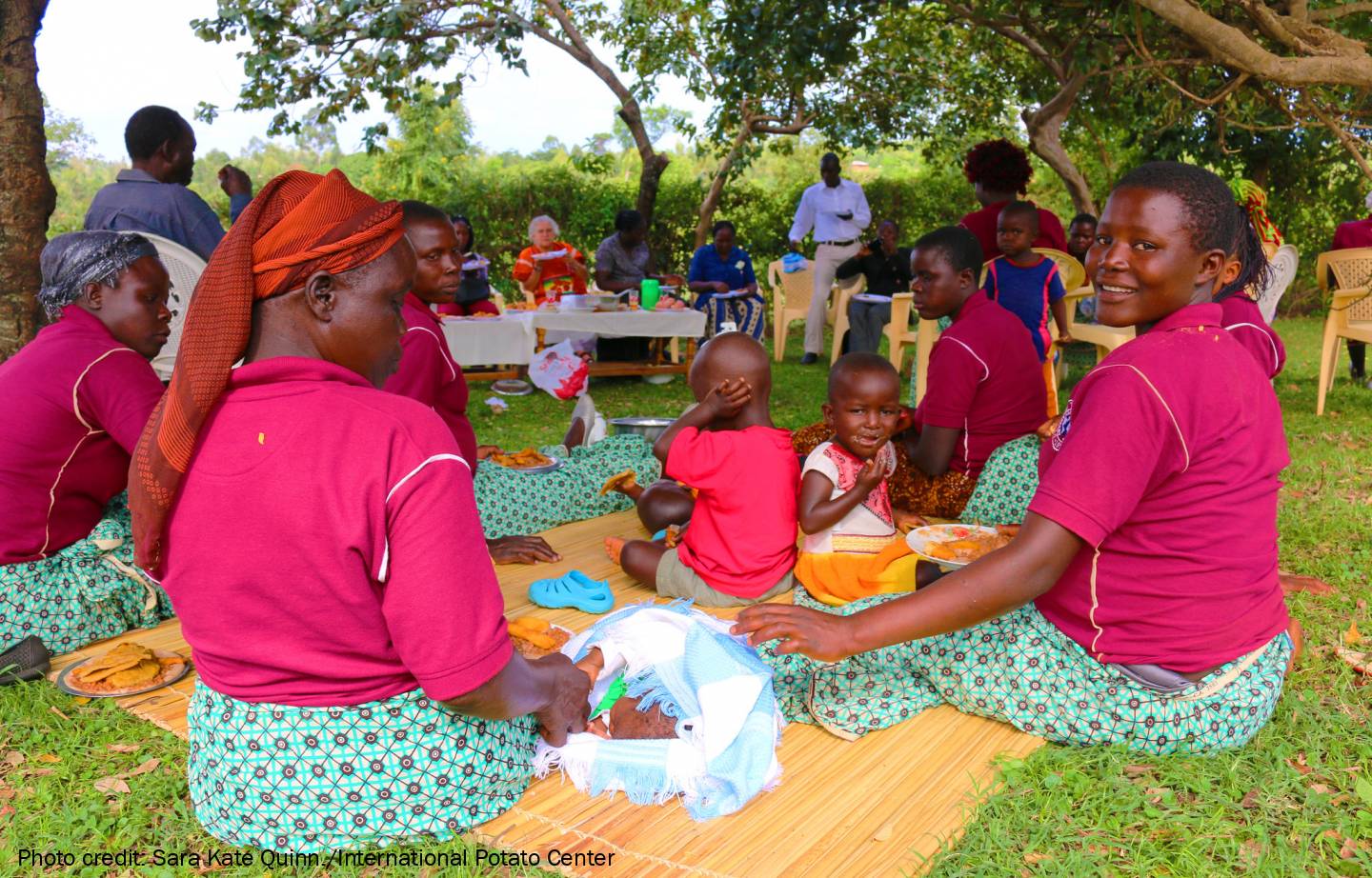 In Kenya, the malnutrition rate remains quite high, with 85% of the children under 5 years afflicted by vitamin A deficiency (UNICEF 2017).

This study focused on a large community-level agriculture-nutrition intervention, known as Scaling Up Sweetpotato Through Agriculture and Nutrition (SUSTAIN), that used a combination of nutrition education and social and behavior communication (SBCC) strategies to improve infant and young child feeding practices among different categories of women in western Kenya. The sample of this study is representative of the population of the Homa Bay county, where total population is about 1M and half of the population are women. The study is based on a sample of 661 women obtained randomly and stratified in different categories.

Nutrition education activities comprised nutrition messaging, counseling, and cooking demonstrations provided in health facilities, mother-to-mother clubs, and public awareness campaigns and SBCC to promote the incorporation of biofortified orange-fleshed sweetpotato (OFSP) into the diets of children 6–23 months of age. The SBCC focused on addressing cultural/psychosocial factors that hinder or facilitate the adoption of recommended IYCF practices. Data show that 90% of the sample was exposed to nutrition messaging in form of health talks at the ante- and postnatal clinics and about 78% had received nutrition messaging from a local health facility, 39% of the women had attended a cooking demonstration.

The results show that the most widely applied practice is early breastfeeding initiation (75%), while the least adopted is the provision of a minimum acceptable amount of food (only 10%). The results further show that practices related to complementary feeding are the least adhered to. For instance, about 21% of the women provided diverse diets, with slightly more than 11% providing diets that attain the minimum diet diversity. Adherence to meal frequency was the highest among practices relating to complementary feeding, with about 35% of the respondents practicing it. Results also show that 20% of the women had incorporated OFSP in the diets of young children. Remarkably, about 11% had used OFSP leaves for young child feeding. This finding may be related to the fact that SUSTAIN encouraged mothers to include OFSP leaves as vegetables in their children’s diet.

The findings indicate that using a combination of nutrition education strategies has a positive effect in improving the use of recommended IYCF practices but needs long lasting efforts to influence behaviours at scale.

Use of recommended IYCF practices remains low despite the demonstrated benefits. In Kenya, there are a variety of initiatives aimed at increasing the use of these practices. Over the last decade, the number of such initiative, especially those that bundle nutrition education with agricultural interventions, has increased. This study used data collected from communities that benefitted from a nutrition-sensitive agricultural intervention known as SUSTAIN project, to examine the effect on nutrition education and psychosocial factors on the degree to which IYCF practices are used.

The findings of this study have the following implications. First, nutrition education on IYCF incorporating OFSP during complementary feeding should be multifaceted in nature and should adopt more interactive strategies which allow targeted beneficiaries to discuss and obtain social support from peers. This implies the need to strengthen mother-to-mother support clubs and cooking demonstrations. Second, there is a need for a strong SBCC strategy that targets cultural/societal and environmental factors that are contrary to the proper IYCF practices. Such communication should target unfounded myths that influence feeding practices by providing information on the benefits of practices considered uncustomary. Third, the finding that different categories of women are affected by a different set of factors implies that the design of nutrition campaigns (education), and the psychosocial factors to target, should consider the category of women to be reached. Fourth, the finding that the magnitude of the effect of the nutrition education variables was much greater than for the psychosocial variables demonstrates the importance of concerted campaign efforts targeting others with nutrition education on compliance with recommended IYCF practices. This finding, therefore, implies the need for continued nutrition education of caregivers on proper IYCF.

This research was undertaken as part of the CGIAR Research Program on Roots, Tubers and Bananas (RTB). Funding for this work provided by Scaling Sweetpotato for Agriculture and Nutrition (SUSTAIN) project financed by UKAID, African Economic Research Consortium's Collaborative Masters in Applied Agricultural Economics Program and the Swedish University of Agricultural Sciences. The authors also acknowledge research assistance from Olivia Wahonya and Florine Mwiti.