It can be challenging to understand how international organizations work together to affect climate policy and what binds these state actors and scientific organizations to action or progress toward meeting the goals they collectively set. In this blog we summarize the history of COP27 and its role in pollinator health, and how our project fits in the picture. 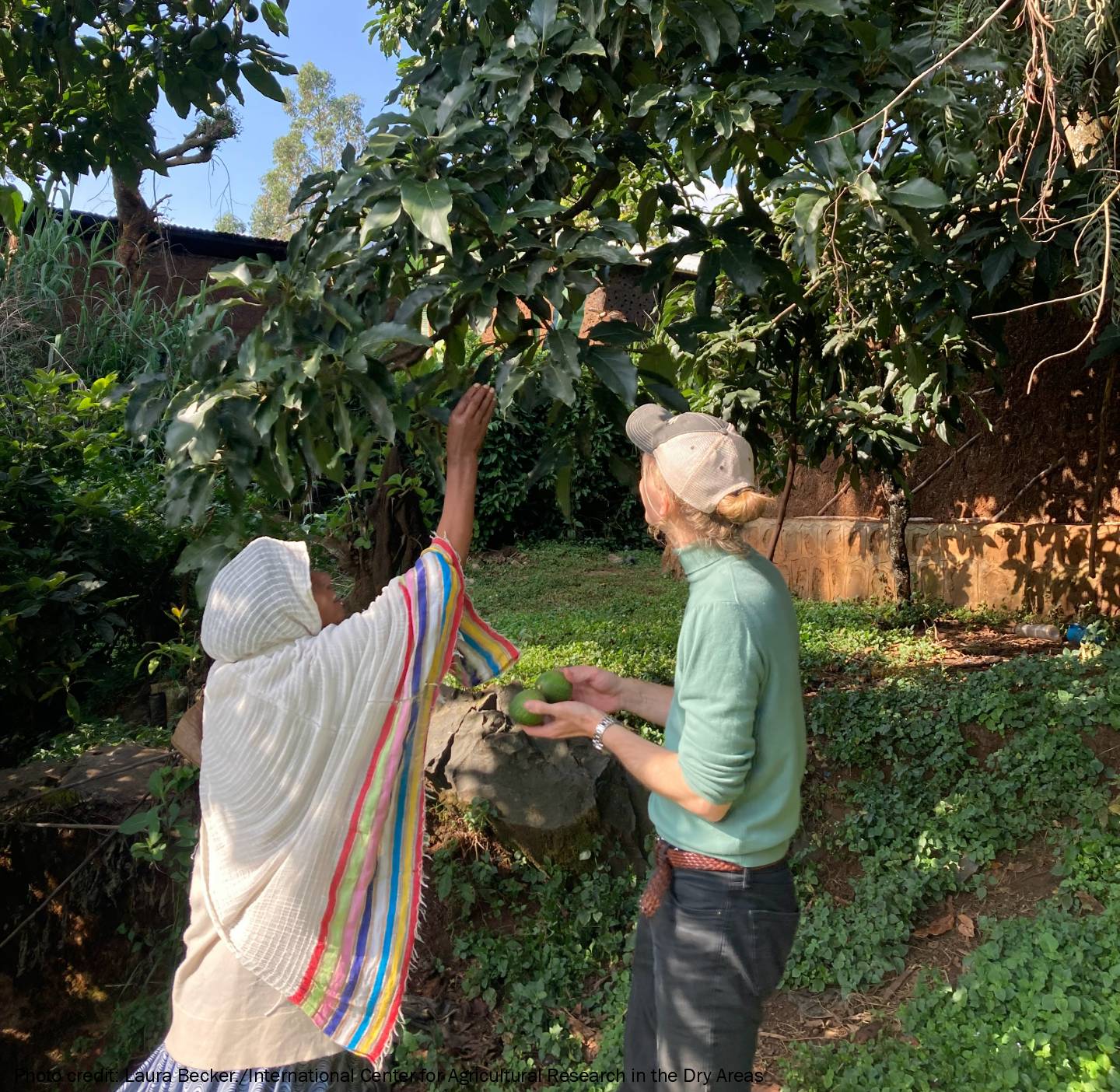 A beekeeper in Ethiopia shows the interdependence on her farm between crops and pollinators; explaining how her avocado trees provide a nectar source for her honey bees, which in turn pollinate the trees and improve avocado yields.

In 1997, the Kyoto Protocol was signed and ratified and was an important agreement because it served as the first implementation of the measures identified and approved by consensus at the UNFCCC. The Paris Agreement, which took effect in 2016, superseded the Kyoto Protocol and was essential and provided a pathway for developed nations to assist developing nations in their climate mitigation and adaptation efforts. The Paris Agreement was also a critical set of policies and practices because it created a framework for transparent monitoring, reporting, and boosting countries’ individual and collective climate goals. The UNFCC is the supreme decision-making body and meets annually at the Conference of the Parties (COP) to assess progress in dealing with climate change. By 2020, 197 state parties were involved in UNFCC proceedings and policy-making.

The first COP meeting took place from July 8-19 in Geneva, Switzerland. Its ministerial declaration was noted (but not adopted), reflecting a position statement presented by the former Under Secretary for Global Affairs for the United States Department of State that established three key priorities:

The potential impact of COP on pollinators

Today, a critical task for the COP is to review national communications and emission inventories and assess the effects of the actions taken by participant states, and progress toward achieving the ultimate objective of the Convention, which is to stabilize greenhouse gas concentrations at a level that would prevent dangerous anthropogenic (human-caused) climate change. COP27 is currently taking place in Sharm El-Sheikh, Egypt, and a summary and analysis of the Glasgow Climate Change Conference COP26 can be accessed here. Among the many findings and recommendations of the COP26, there was a strong emphasis on the importance of reversing pollinator declines.

According to the Intergovernmental Science-Policy Platform on Biodiversity and Ecosystem Services (IPBES) report on Pollinators, Pollination and Food Production, 75 percent of our food crops and nearly 90 percent of wild flowering plants depend to some extent on animal pollination. In addition, the annual value of global crops that depend on pollinators is estimated to be worth up to $577 billion. Without pollinators, coffee, almonds, and many cash crops would drastically suffer, and changes in global crop supplies could increase prices for consumers and reduce profits for producers, resulting in a potential annual net loss of economic welfare of $160 to $191 billion globally. Beyond food, pollinators also contribute directly to medicines, biofuels, fibers like cotton or linen, and construction materials, and play an important role in many indigenous cultures. Improving pollinator services is thus important for achieving the sustainable development goals of the COP as well as helping individual farmers and their families adapt to climate change.

Research from the IPBES report on pollinators includes several possible solutions to halt the decline in pollinators. Some of these include:

Further, recognizing that pollinator decline is a critical issue, 11 European countries have already announced a ‘Coalition of the Willing’, which seeks to implement national pollinator strategies consistent with the IPBES report. More information on the Coalition can be accessed here.

Through our public-private partnerships, we are doing our part to meet the COP recommendations and climate goals. The AI-Driven Climate-Smart Beekeeping (AID-CSB) for Women project works with beekeepers and beekeeping organizations in Uzbekistan and Ethiopia to localize the “Beekeeper’s Companion”, a climate-smart information communication technology for development (ICT4D) app designed to support beekeepers’ hive management practices, improve honey production, and collect region-specific information on pollinator health, thereby providing a pathway to mitigate the effects of biodiversity loss, which is a key contributor to pollinator declines.

Recently, project managers visited Ethiopia and had the opportunity to conduct prototype tests on a new symptom checker feature, which aims to guide beekeepers in assessing and diagnosing bee health issues, all while filling the data gap on honeybee health symptoms.

Monitoring, Evaluation, and Learning (MEL) Research Fellow with experience in quantitative and qualitative research, data for decision-making approaches, and nutrition counseling. Laura has a Master's degree in Nutrition for Global Health from the London School of Hygiene & Tropical Medicine.