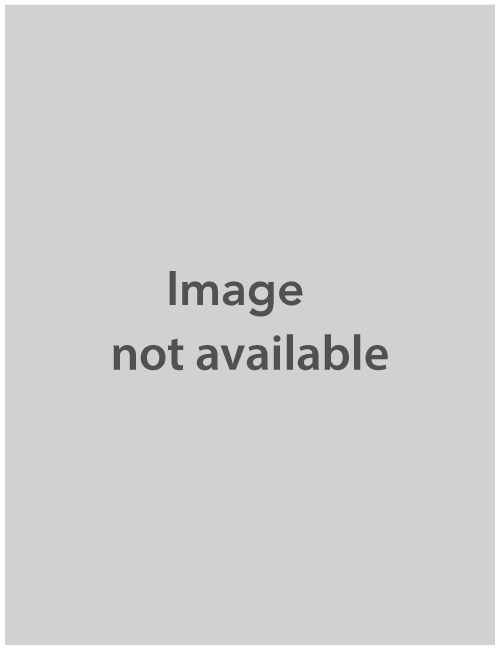 ICARDA’s breeding programs of durum wheat, barley, and lentil have made extensive use of wild relatives to develop elite germplasm well adapted to the drastic and frequent droughts that affect the region in which ICARDA operates. It is time to seek the appreciation of our true clients by demonstrating the performances of these new lines to farmers. Additionally, new CWR-derived lines, can now be used to better target the existing gaps between farmers needs and climate change impacts.

The crop wild relatives (CWR) are an important source of genetic diversity for crop improvement. In the season 2018-2019, the CWR lines of durum wheat, barley and lentil have been tested across different stations in Morocco and Lebanon. The analysis of data for grain yield revealed a high superiority of CWR- elites of durum wheat, barley and lentil across all sites. Several durum wheat elites derived from wild relatives exhibited good resistance to various diseases such as hessian fly and Septoria tritici blotch.

Fig. Durum wheat trial at Annoceur station in Morocco during the season 2018-2019

During the season 2018-2019, the CWR- derived lines of durum wheat have been assessed at five stations in Morocco (Marchouch, Tessaout, Annoceur, Sidi El Aidi, Jemaa shaim and Allal Tazi for disease screening) and three stations in Lebanon (Kfardan, Tel Amara and Terbol). All the trials were harvested except jemaa Shaim where the lack of rains did not promote seeds filling, and Allal Tazi which was used for disease screening.

The new CWR elites Zagharin2, Icaqinzen (originated from T. araraticum) and Maghrour (T. decoccoides) of durum wheat exceeded the commercial check (Karim) with up to 40% in advantage yield. Furthermore, the elite Zeina (T. araraticum) and Nachit (derived from T. dicoccoides) significantly surpassed the yield of Karim up to 30% at Marchouch. In the same way, all the CWR elites exceeded the yield of the commercial check at the two drought-stressed environments of Annoceur and Sidi El Aidi. The yield advantage achieved up to 55% in Annoceur and 400% for Sidi El Aidi.

Zeina, Icaqinzen, Icaverve (T. araraticum) and Icamoram7 (T. ararticum) were the top-yielding CWR elites (up to 3000 kg ha-1) under the drought conditions in Sidi El Aidi. The CWR- lines of durum wheat significantly outyielded the check by 28% in Tessaout. The elite Icaverve registered the highest yield with an average yield of 7358 kg ha-1 exceeded the yield of the commercial check karim (5542 kg ha-1). Nachit and seven CWR- derived lines (Maghrour, Icamorah7, Zagharin2, Zeina, Icaqinzen, ADYTM18-099 and sahi) yielded up to 6000 kg ha-1 under the irrigated condition of Tessaout. 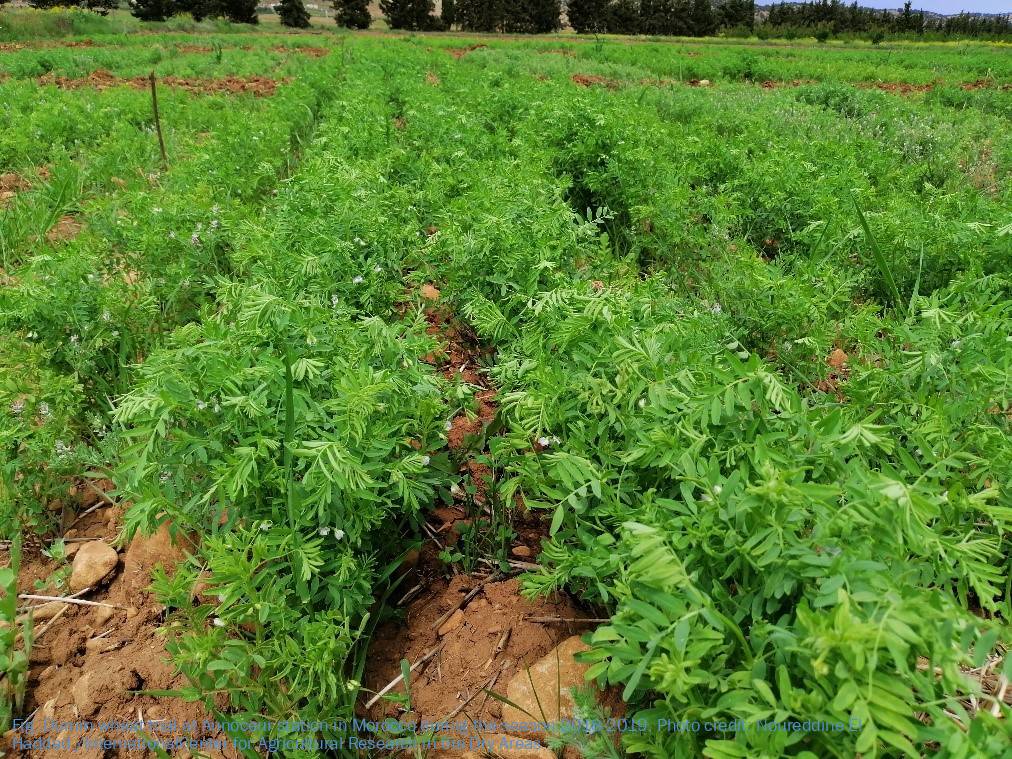 Fig. Lentil trial at Annoceur station in Morocco during the season 2018-2019

In Lebanon, the CWR-derived lines of durum wheat exhibited consistently a high advantage in yield compared to the commercial check Karim. Maghrour, Icanqinzen, Jabal and Nachit were the best yielding entries across the three sites surpassed the yield of check by 10 to 30%. In Terbol station, the yield of Jabal, Maghrour and Nachit surpassed 7000 kg ha-1 compared to the check (5781 kg ha-1). Additionally, Zeina and Icaverve also identified among the best elites across all stations with yield advantage from 5 to 25%.

On the other hand, the CWR-derived lines of barley achieved up to 70% in yield advantage compared to the check Taffa in Marchouch. Several CWR- derived lines exceeded the check yield by more than 10% in all sites, except Sidi El Aidi due to drought stress. Six CWR- elites of barley (entry-19-1, entry-19-4, entry-19-8, entry-19-10 and the entry-19-21) originated from H. spontaneum identified as the top-yielding and the most stable across all sites. In Tessaout, the entry-19-21 achieved up to 5400kg -1 in yield average.

For lentil, 12 CWR-derived lines outyielded the best commercial check Bakria with yield advantage up to 50%. These lines characterized by early maturity (less than 110 days) and could have a high potential under different conditions. The lines 7978/ILWL118/2-7 and 7978/ILWL118/5-4 exceeded 1850 kg ha-1 in yield average much more than the check Bakria (1200 kg ha-1).

The CWR-derives lines of durum wheat, barley and lentil showed a high advantage in yield over the best commercial checks and could contribute to better performance under the different climatic environments. The exploitation of these resources is a decisive step to bring a new agricultural revolution under the various climate change scenarios.

Noureddine El Haddad is at International Center for Agricultural Research in the Dry Areas - ICARDA.